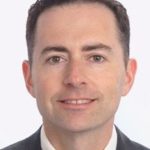 From 2014-2016, Michael worked with the Peter C Alderman Foundation, on several programs, most notably an initiative to bring technology to rural Uganda to provide mental health services to post-conflict regions in Africa. 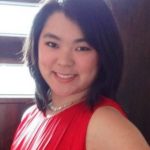 Sabrina’s love of public speaking began at the age of 4, when she was asked to read a petition in front of her entire school. Spurred on by adrenaline and a fondness for talking, she continued to speak at school, eventually joining both the Debate and Forensics teams when she arrived at Greendale High School in 2003. Thanks to Sharon Sharko, Sabrina was able to develop more finesse and really hone her public speaking skills. Many of her favorite high school memories include Forensics State tournaments in Madison and spending time with her team between rounds.
Sabrina went to Marquette University for college, where she was a Burke Scholar and a member of Psi Chi, the International Honor Society in Psychology. Through the course of four years, she accrued over 1,000 hours of community service. She served as Vice President of the Marquette Chapter of the Big Brothers Big Sisters program, and worked as a tutor for the Educational Opportunity Program, focusing on high school mathematics and introduction to psychology. Sabrina graduated from Marquette in 2011 with Bachelor’s degrees in Broadcast and Electronic Communication, as well as Psychology. She stayed at Marquette to earn her Master’s degree in School Counseling in 2013, and began working as a counselor for the West Allis-West Milwaukee School District. Currently, she serves as the Tier 2 coach for the PBIS team at her school, and is co-advisor for the Harry Potter Club.
When she’s not counseling, Sabrina enjoys reading, watching sports, cooking, and blogging about her experiences as a counselor for Marquette’s College of Education. 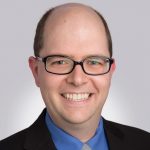 Nick has been at DonorVoice since August 2016, joining as Vice President of Marketing Strategy. Since then, he has published unique research studies on ask string structure, behavioral science queues for permission marketing, setting up monthly giving programs, welcome series structure, and the value of feedback in a donorcentricity direct marketing program. He’s also worked on both strategy and execution for clients like Catholic Relief Services, US Olympic and Paralympic Foundation, and Project HOPE.

Before this, he was with Mothers Against Drunk Driving (MADD) for almost 14 years. For a decade, he led MADD’s direct marketing program, including direct mail, telemarketing, online, and monthly giving efforts. He was also thrice acting head of development and twice acting head of communications. He stewarded MADD’s four largest corporate sponsors, led MADD’s two largest media events, and revolutionized MADD’s database systems.  Before that, he led MADD”s state public policy efforts for four years.

He has a BA in Political Science and an MBA in Marketing, both from Vanderbilt University.  Most importantly, he is the father of two. 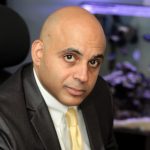 Musa M. Ghanayem, is a Greendale High School alumni who loved debate and did so on the High School debate team all four years of his attendance after High School Musa attended the University of Wisconsin Milwaukee where he majored in Criminal Justice and Philosophy. After college, Musa attended Law School at Michigan State University College of Law, where he was Dean’s List member every semester, and a Cum Laude graduate. Musa was also a member of the Michigan State University School of Law, Moot Court Board where was awarded the honor of, “Best Oralist,” and was selected to represent The College of Law in a National Competition. Musa credits his oratory success to all the years of practice and training he received from Sharon Sharko.

Musa is a founding member of Ghanayem & Rayasam, LLC. Musa has handled many high profile cases, which were profiled on Dateline NBC, CNN, New York Times, New York Post, The Atlanta Journal Constitution and many other media sources. Musa has received national recognition for his representation of Sheriff Victor Hill and the ultimate acquittal of the Sheriff on all alleged counts of the indictment.

Musa has been selected as one of the National Trial Lawyers Top 100 Trial Attorneys, the National Trial Lawyers Top 40 under 40, Top 10 under 40 by the National Academy of Criminal Defense Attorneys, 3 time Georgia Super Lawyer and Modern Luxury Magazine’s 10 most powerful Attorneys in Atlanta. Musa focuses his practice on Criminal Defense, Political Advisory, and Civil Rights. Musa has represented politicians, elected officials, musicians, and many other high profile cases. Musa serves as the Legal Adviser for two 501(c) 3, Non-for-Profit organizations, and sits on the board of both.

Musa was born and raised in Milwaukee, Wisconsin and credits much of his professional success to the caring, training and teaching of Sharon Sharko. 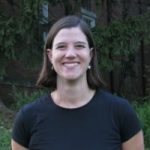 Joanna has been teaching Molecular and Cellular Biology, and Microbiology to major and non-major undergraduates as an Assistant Professor of Biology at Drew University in Madison, New Jersey since 2008. She is the faculty advisor for Drew’s chapter of  Beta Beta Beta National Biological Honor Society , which supports undergraduate research, and a member of the Educational Opportunity Scholars Committee, which serves to prepare and to assist students with less fortunate high school educational backgrounds to succeed in college. She is also the Vice President of Drew University’s Phi Beta Kappa, Gamma chapter. Prior to joining Drew, she was a postdoctoral Teaching Fellow in the Biotechnology program at North Carolina State University where she taught both undergraduate and graduate students. While there, she developed a new lecture and hands-on laboratory course on RNA Interference which resulted in authorship of the textbook RNA Interference and Model Organisms published by Jones & Bartlett Learning.

Since 2011, Joanna has been an active Trustee of the Branchburg Educational Foundation. This nonprofit organization supports enriching and innovative educational experiences and products for Branchburg schools and Somerville High School students from pre-kindergarten through high school. Her main role is as the Grants Chairperson who reviews incoming grants from teachers and staff and consults with the Grants SubCommittee before presenting grants in line with the foundation’s bylaws and with the School Board to the Executive Trustees for a vote. She has also annually been the Chairperson for the Barnes and Noble Fundraiser, and the Food Coordinator for the Pocketbook Bingo fundraiser.

In high school, Joanna was in the debate and forensics team for all four years; those experiences have been invaluable to her in life and in teaching. She earned Bachelor of Sciences degrees in Biochemistry, and in Molecular Biology from the University of Wisconsin-Madison, and a Ph.D. from the Interdepartmental Biological Sciences Program from Northwestern University in Evanston, IL. Joanna is forever grateful for the lessons she learned in debate and forensics from Sharon Sharko, who was fondly just referred to as “Sharko” by her students. 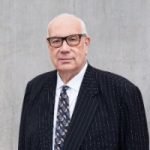 Timothy is a Senior Consultant in Global Affairs, Financial Institutions, and Technology based in Chicago, Illinois. Timothy is the author of OUR TURN TO LEAD: How the Future of Personal Finance Will Be Shaped by the Millennials and the Financial Leaders Who Serve Them in New and Relevant Ways (2010), the first detailed assessment of the impact of geopolitical transformation, global wealth transition and generational change on financial institutions and their customers. He has lived and worked Europe and studied in China, Russia, and Ukraine. Timothy is a graduate of the University of Wisconsin – Milwaukee, earning a B. A. degree in Political Science with specialization in Russian and Eastern European Studies.

Timothy is the brother of Sharon Sharko. “From early on Sharon was more than my sister, she was my teacher, my role model, and my mentor. While on a cross-country trip to New York, Sharon kept my younger sister Lynda and I occupied in activities to better understand the history, geography, and people of the United States. Sharon’s travel and interest in politics nurtured within me a natural openness to new places, new people, and new ideas. Sharon introduced me to debate in my early-thirties. My involvement as a debate adjudicator for Greendale High School and a debate research resource was invaluable in my personal and professional development from a technical specialist to a global business advisor. I really miss Sharon’s humor, her critical thinking, her wisdom and her counsel.”

Our mission is to provide supplemental funding to public high school debate and speech organizations that have experienced significant cuts in their budgets or receive no public school funds for their programs.

" I learned how to think critically, how to develop arguments, how to speak clearly, and how to research. Everything I... "